I had some fun with this simple t-shirt embellishment.

It started with a a plain cotton Marks and Spencer t-shirt, bought last year in a charity shop for £1, intending to tart it up in some way .

I selected a suitable button from my stash and drew a spider on some tracing-type paper so I could copy it onto the fabric. 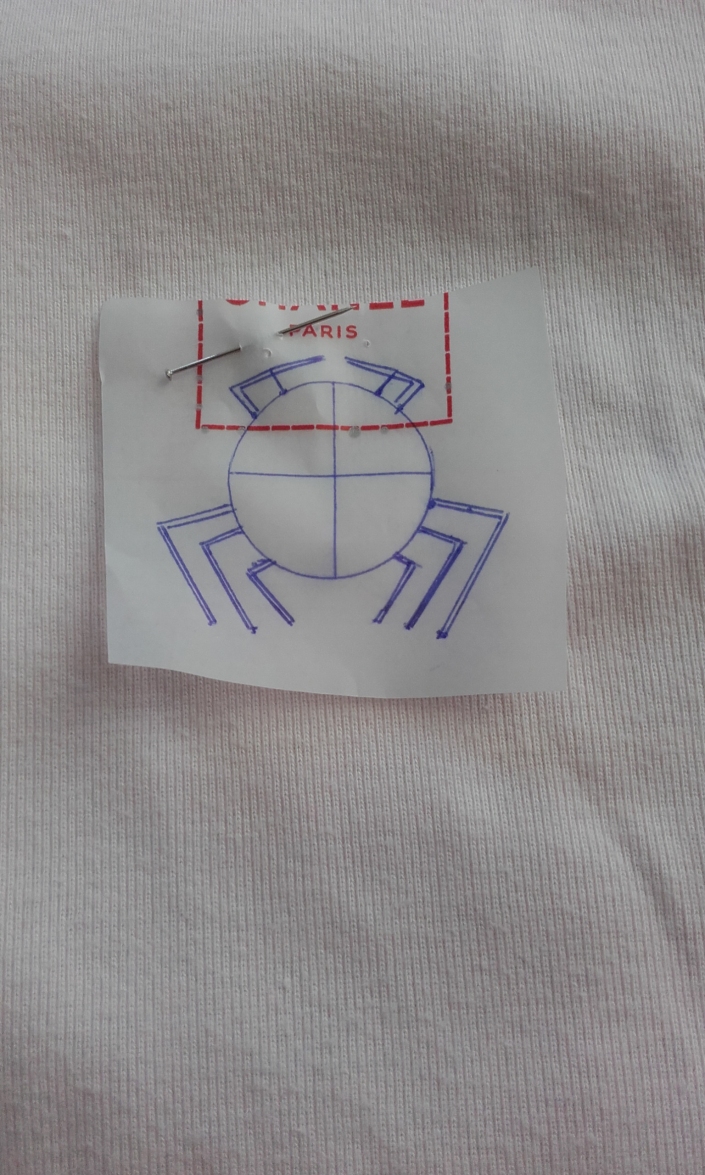 The original post involves drawing legs around the button but I wanted to sew them. A patch of interfacing was needed to stabilise the back of the t-shirt where the spider would be sited.  My idea was to sew through both paper and t-shirt with a contrasting yellow thread, then rip the paper off and be left with the spider transferred to the t-shirt.  It didn’t work that well to be honest, the paper I used was too thick and the yellow thread difficult to get rid of afterwards.

The spider legs involved hand sewing on the basic shape with a running stich then hand sewing at 90 degrees over the legs with small stiches until it looked about right.  If this sounds like quite a lot of hand sewing, it was, but I don’t mind hand sewing on this type of project, in fact I find  it quite relaxing, also this method produced a sort of spidery hairiness on the legs.

It looks better with the button sewn over the top. 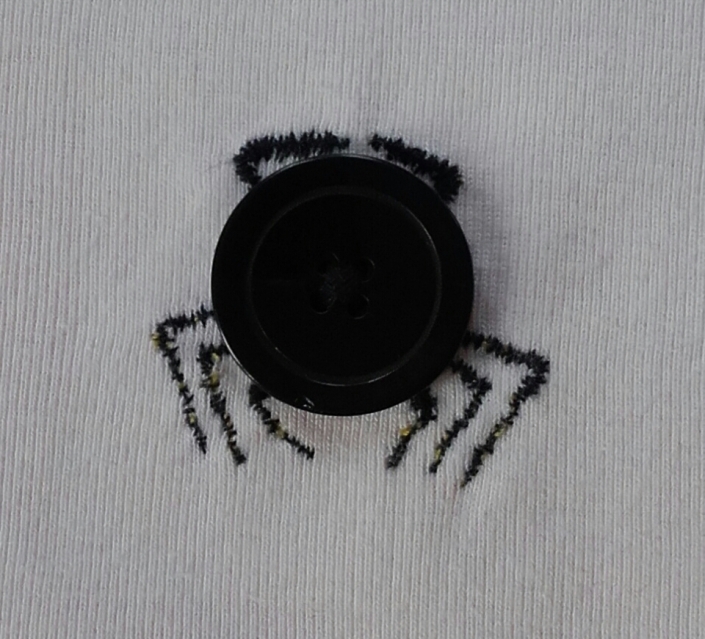 I sewed on some lace from my stash to complete the web on the neckline, again with hand stitches, and finally got the machine out to sew the spider’s thread, finishing off by tying the loose threads in a knot instead of backstitching. 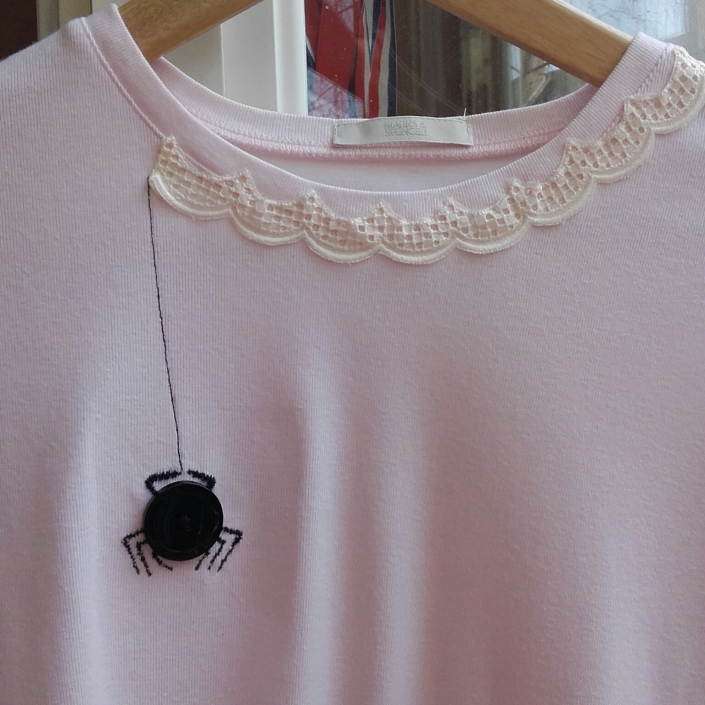 The spider looks like it’s dangling towards the centre, but when being worn it hangs down straight.

Pleased with my efforts I showed it to my husband and he said it looked like a spider was hiding behind  a button.